I recently watched Please Stand By, which is the story of one autistic woman’s journey towards independence and follows her on an adventure with the sort of highs and lows we can all relate to. Here are my thoughts on the film…
Played by the brilliant Dakota Fanning, our heroine Wendy is a bright, determined young woman who’s been placed in a group home following the death of her mother and is utterly devoted (like so many on the spectrum) to all things Star Trek. She dreams of returning home, being reunited with her sister and finally meeting her new niece, something which has been denied to her until now due to her unpredictable behaviour and the high cost of caring for her. When she sees an opportunity to change things – in the form of a Star Trek script writing competition with a first prize of $100,000 – she grabs it with both hands and sets about writing a deeply complex screenplay the likes of which only a true super fan could produce, or indeed appreciate.
In the early scenes we see Wendy following detailed instructions and routines covering everything from having a shower to speaking to customers in her job at the local Cinnabon store, where her inner dialogue consists of constantly checking and rechecking whether she’s doing things correctly. There is, however, a wonderful contrast that’s highlighted when she’s alone and working on her script. Her mind is totally focused and at ease; her fingers move at lightning speed across the keys and we hear the story unfold in all its glorious detail without a trace of hesitation or self-doubt. This really resonated with me and is something I’m sure many, many autistic people can identify with.
Everything is going well and the script is complete, but things take an unexpected turn when Wendy realises she’s missed the deadline for posting her competition entry and decides to travel to Los Angeles and deliver it herself. The fact that she’s not allowed to cross the busy main road and can’t catch the right bus without doing so causes her some concern, but with that classic ‘I’m on a mission and I refuse to see any boundaries’ determination that so many autistic people possess, off she sets with her faithful sidekick Pete the Chihuahua who’s dressed, rather appropriately, as a Star Fleet Medical Officer.
There are many twists and turns on their journey together and Wendy meets a variety of people who are either kind and helpful or take advantage of her naivety. While, on a positive note, some of them help her to problem solve without seeing boundaries (look out especially for the policeman who speaks to her in Klingon to help gain her trust) the film also focusses on the difficulties of navigating the world when you don’t see the potential danger in other people’s intentions. I found it a great illustration of why functioning labels can be so misleading, and how autistic people can shine in certain areas while struggling in others. As the film progresses, her main carer Scottie played by Toni Collette and her sister Audrey played by Alice Eve slowly start to understand this about her and begin to appreciate that there’s a lot more to Wendy than just her difficulties.
The film doesn’t sugar-coat the struggles living with autism can bring, including sensory overload and impulse control, and in one very powerful scene we see Wendy in full meltdown, repeating the phrase ‘Please stand by’ over and over again until she’s feeling calmer. At the same time though, it highlights many of the positives of the condition: the talents and skills so many autistic people possess, their kindness and deep connection with those they love, and especially their ‘out of the box’ thinking when it comes to problem solving.
I really enjoyed the film and thought the portrayal of a woman on the spectrum was handled very well. Wendy’s mixture of vulnerability and sheer ‘force of nature’ determination were highlighted in pretty equal measure, and although she doesn’t represent every autistic woman (any more than any neurotypical film character can represent every neurotypical person) there are plenty of common character traits that women with autism will definitely recognise in themselves.
So, does Wendy make it to Los Angeles? Does she manage to deliver her script on time? Does she ever get to meet her beloved niece? These are questions you’ll find answered if you watch the film, so I won’t spoil it for you here. What I will say is that Please Stand By is uplifting and highly relatable on many levels so it’s well worth watching, whether you’re a Star Trek fan or not (which, for the record, I most definitely am). 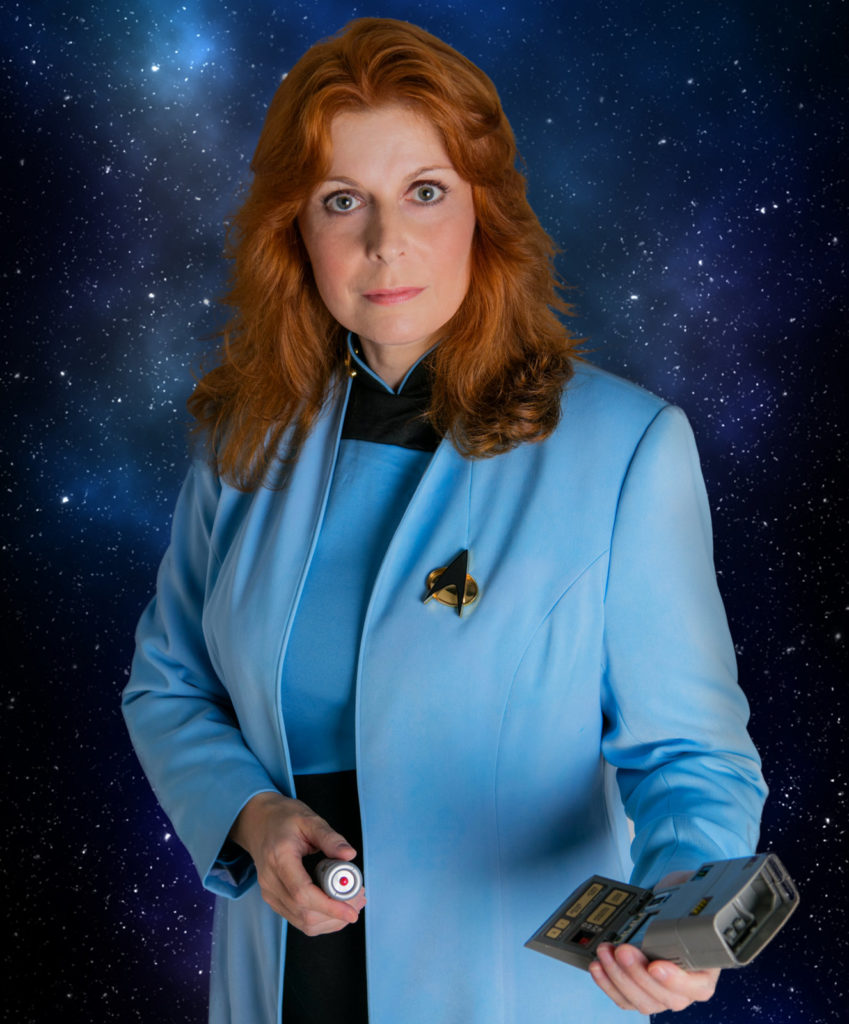 Live long and prosper, my friends!